(aka Parenting Skills I Wished I Had 10 Years Ago) 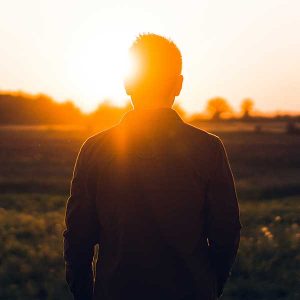 As the stepmother of 2 grown stepsons, I can’t help but look back on their child-rearing and wonder. The boys would spend one week at our house and the next at their mother’s house. While the spiritual beliefs of the individual families were different, they were loved and wanted at both homes. Our oldest did quite well with his glass-is-half-full outlook on life. However, my younger stepson went into a dark place during his teenage years that concerned all of us.

Ten years later I found some answers after working with the folks at Careers With A Purpose. One of the tools they used, The Call Report, highlights a person’s Motivational Gifts. These are based on the spiritual gifts stated in Romans 12: 6-8. Using spiritual gifts motivates a person to work in an energized and engaged way. These gifts are believed to be given at birth and are at the core of a person’s being. Both my stepson and I had taken the assessment so I was able to compare and contrast our results. It was through this process that I started realizing how I could have been more effective in reaching out to him during those teenage years.

His strong prophecy score indicates that he is comfortable with confrontation. My low score in this area shows that I tend to avoid confrontation. It would have been better for me to be more direct with him rather than worry about his feelings. His high-value placement on ‘truth’ would have meant more to him than my tiptoeing around his feelings.

I took his lack of interest in helping around the house as a control play. I thought he didn’t want to be there so he was acting out as a silent protest. The truth is that he has a low interest in serving others. Being able to speak the truth about his need to help from a “you need to help others” rather than my preconceived protest view may have helped us both.

His low encouragement score helped me to see he wasn’t wired to speak positively (honestly he wasn’t motivated to speak about much of anything). Ironically he has a strong mercy score. I always thought mercy & encouragement were the same thing. I couldn’t understand how one minute he would be so compassionate and wanting to give to kids in Mexico who had nothing and then be so gruff and uninterested in anyone at home. Knowing these 2 attributes are separate gifts has helped me to understand him better.

Something I did right was to explain to him why things were right or wrong. His strong teaching score indicates his desire to learn. I knew he had troubles when an adult gave him the proverbial “because I’m the adult and I said so” as an answer. This approach works with some kids but not for one who has a strong teaching intensity score.

The combination of teaching & prophecy drives him to operate in a way much different than I do. Teaching gifts are best at verifying and explaining the truth. When coupled with prophecy, which wants to get to the bottom line of proclaiming the truth, it results in someone who is driven to provoke, prove and/or disprove things. They hate corruption, contradictions, as well as misinformation & ignorance. Many times, in a divorce situation, kids see contradictions as they hear their parents express their different views. I wonder if this combination had him viewing the divorce as a type of corruption of marriage.

Of course, in some ways, hindsight is 20/20 and yet I’ll never know for sure. Our relationship is getting stronger as he navigates his 20’s. I’m sure part of this is his maturity. After all, we as parents all get a whole lot smarter as kids become adults. The great thing is now I know how to discern his communications and hear him for what he’s intending to say. I’m so grateful to be armed with the wisdom and knowledge on how best relate to him. He’s an amazing young man and I am so proud of him.

Previous Post: « This Can Be The “Finest Hour” Of Your Career
Next Post: RELATIONSHIPS CAN BE CHALLENGING »