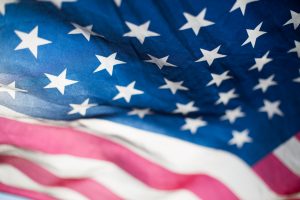 Monday is Memorial Day, a holiday I have only recently begun to appreciate. Freedom has been a given in my lifetime, but as the world seems to become an increasingly evil place, it’s a rare gift I can no longer take for granted.

Freedom requires a special kind of commitment, one of duty, honor and loyalty. You hear stories of family members in past conflict, but only now am I finally realizing the level of sacrifice they made to keep freedom alive for my generation.

My family has fought in several wars, but none more important than WWII, a conflict fought and won before I was born. Five members of my family served in key roles in the war. My grandfather was a Navy Seabee who repaired runways on small islands in the Pacific captured from the Japanese. Three of my uncles served in the Army, with one landing in the second wave on Normandy during D-Day in 1944. My dad had the most unusual job of the family; at 24 my father was promoted to the rank of Army Captain and given command of a German prison camp outside of Paris. My family members talked about England and how much they admired the courage of the British people. The supreme test of the British people’s resolve came in the summer of 1940 when Nazi bombers attempted to bomb London into surrendering, the British people never wavered.

Britain’s Prime Minister, Winston Churchill, summed up the spirit of his people during this time when he said, “If the British Empire lasts 1000 years, men will say this was their finest hour.” Those eight months of the German blitzkrieg were truly Britain’s finest hour.

I am sure your family has similar stories of heroes in your family tree, but what about you?

You may or may not have been in the military, but you too have your own stories of overcoming long odds. Let me share a story of triumph that came out of chaos.

Kenne was a typical high school student, with good grades and a passion for anything sports related. He was crest-fallen when he did not receive an athletic scholarship.

I had the opportunity to work with Kenne in the spring of his senior year, and he went through our Careers With a Purpose one-on-one coaching process. We identified his God-given strengths and then evaluated those strengths against many career options.

Through our discussions, Kenne realized that the sports world contains many varied career opportunities. He went on to attend Colorado State University and recently graduated with a degree in sports medicine. Today, he is managing a very successful health and fitness club in Denver. Kenne said, “The process help give me a career focus where I would not just enjoy my work, but where I could have an impact on others every day.”

So, whether you just graduated from high school or just worked your last week as you begin retirement, you can and should turn the next chapter of your life into one of your greatest achievements. Never forget that God is working in your life right now and has a great plan for you. As an aside to Baby Boomers, I started this ministry ten years ago at age 62; you can do the same thing.

Careers with A Purpose, the non-profit ministry I help lead, has chosen Jeremiah 29:11 as our ministry’s verse. It reads, “For I know that plans I have for you,” declares the Lord, Plans to prosper you and not to harm you, plans to give you hope and a future.” I believe God promises to prosper you and not to harm you—his desire is for your flourishing. Remember that God’s hand of protection is on his children, just like he protected the people of London 79 years ago.